Young Performers Awards are adjudicated by respected musicians, composers, educators and classical music experts. We thank each of them for their time and expertise in supporting the career development of young Australian instrumentalists. 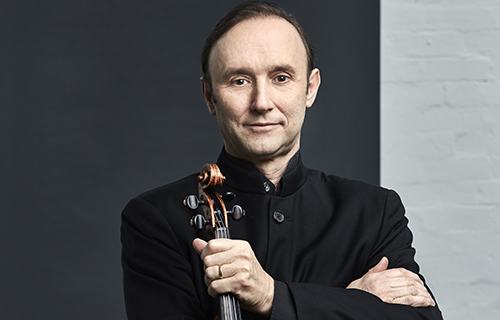 Dene Olding AM - Artistic Advisor and Chair of Adjudication Panel

Dene Olding is recognised as one of Australia’s most outstanding violinists. He is currently first violinist for the Goldner String Quartet and the Australia Ensemble and Concertmaster Emeritus of the Sydney Symphony Orchestra. As a soloist he has worked with all of the Australian Symphony and Chamber Orchestras in a range of repertoire. He has performed over forty concertos and worked with some of the world’s leading conductors including Edo de Waart, Stanislaw Skrowaczewski, Jukka-Pekka Saraste, Stuart Challender, Sir Charles Mackerras, Jorge Mester, Gunther Herbig, Werner Andreas Albert, David Porcelijn and Vladimir Ashkenazy. He gave the Australian premiere performance of Lutoslawski’s Chain 2 with the composer conducting, Elliott Carter’s Violin Concerto and the Violin Concerto of Philip Glass. In addition, he has performed world premieres of violin concertos by Carl Vine, Ross Edwards, Bozidar Kos and the Double Concerto for violin and viola by Richard Mills, written for himself and his wife, Irina Morozova.

Dene has also held the position of Leader and Director of the Australian Chamber Orchestra and is often sought after to lead/direct concerts with many other orchestras. He has also been the Artistic Director of the Mostly Mozart Festival at the Sydney Opera House and the Sydney Festival Chamber Music Concert Program. He appears regularly at the Australian Festival of Chamber Music and at many festivals in Australasia and Europe. In 2010 he appeared at the Edinburgh Festival as soloist with the Sydney Symphony Orchestra and conductor, Vladimir Ashkenazy.Dene attended the Juilliard School In New York from the age of fourteen as a scholarship student of Ivan Galamian and Margaret Pardee. He graduated in 1978 with the Master of Music Degree and was awarded the Morris Loeb Prize. Other studies included master classes with Nathan Milstein and further lessons with Herman Krebbers and Gyorgy Pauk. In 1985, he was awarded the Winston Churchill Memorial Trust Fellowship to further his musical studies and during that year, became a Laureate of the Queen Elisabeth of Belgium International Violin Competition. In 2011, Dene gave the premiere performance of the Carl Vine violin concerto with the Australian Youth Orchestra at the Sydney Opera House.

As a member of the Goldner String Quartet and the Australia Ensemble, he regularly tours to Europe, Asia and New Zealand. He has been awarded the Centenary Medal of Australia and has received numerous awards and accolades for his performances in all spheres of music-making. Dene is passionate about the future of classical music and sees his role as Artistic Adviser and frequent jury member for the Michael Hill International Violin Competition as making an important contribution to that end. He also directs the annual Music in the Hunter Festival, a chamber music event that takes place in the Hunter Valley wine-making country near Sydney and manages to combine a passion for Aikido and sailing with his busy musical career and spending time with his wife, Irina and son, Nikolai.

In 2017 Dene was recognised as a Member of the Order of Australia for his services to music in the Queen’s Birthday honours list. 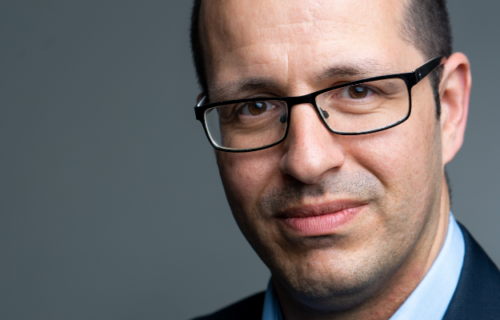 Adam Chalabi holds the position of Associate Professor at the University of Queensland School of Music. He is first violinist of the internationally renowned Tinalley String Quartet and held the position of Concertmaster of Orchestra Victoria from 2009-2014. He has appeared as guest concertmaster with numerous orchestras within Australia and overseas including the Sydney, Melbourne, Queensland and Tasmanian Symphony Orchestras. He previously held the position of Head of Strings at the Australian National Academy of Music. Adam has recorded extensively on the DECCA, ABC Classics, Capriccio and Move record labels and is regularly broadcast as a recitalist and chamber musician on ABC Classic.
Between 2002-2009 Adam was Principal Violin with the Zurich Chamber Orchestra. Born in London, Adam began his violin studies at the age of four with the Suzuki Method and attended the Purcell School and Royal Northern College of Music under the tutelage of Maciej Rakowski. He is very grateful to have been supported by the Countess of Munster, Ian Fleming and Lawrence Atwell Charitable foundations. Adam plays on a Joseph Panormo violin circa 1805. 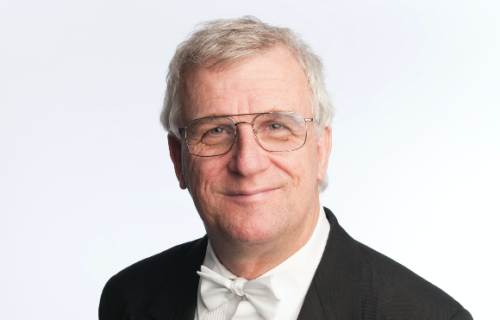 Jeffrey Crellin held the position of Principal Oboe of the Melbourne Symphony Orchestra for 44 years, with his farewell concerts taking place in March 2021. He won the national final of the ABC Concerto & Vocal competition (now Young Performers), in 1973 with the Melbourne Symphony Orchestra, and also reached the grand final in 1972 with the Sydney Symphony Orchestra where he was a runner up to his older brother, Keith Crellin. Originally from Brisbane, his teachers were Frank Lockwood, Jiri Tancibudek, and, with the support of a Churchill Fellowship awarded in 1974, with Heinz Holliger in Freiburg, Germany. He continues his teaching activities at the Australian National Academy of Music. 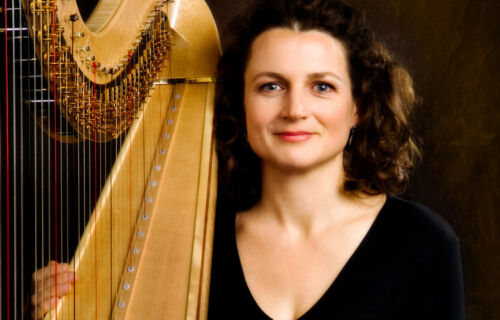 First Prize winner of the 8th Israel International Harp Contest, Artistic Director of the World Harp Congress Sydney 2014, Alice Giles has had a wide-ranging solo career, from London’s Wigmore Hall, New York’s Merkin, ‘92nd St Y’ and Carnegie Halls, to Mawson Station, Antarctica. Regarded by Berio as foremost interpreter of his Sequenza II, founding Director of the Seven Harp Ensemble (SHE), she has commissioned and performed many new works.
Guest artist at international festivals, soloist with orchestras, acclaimed recitalist and recording artist, she has given Master Classes in most of the major music institutions, and is Lecturer at the Sydney Conservatorium of Music. Her annual master courses are held on the NSW South Coast.
She was awarded an AM (Member of the Order of Australia) for “Significant service to the performing arts as a harpist, mentor and educator, and through contributions to Australia’s musical landscape.” 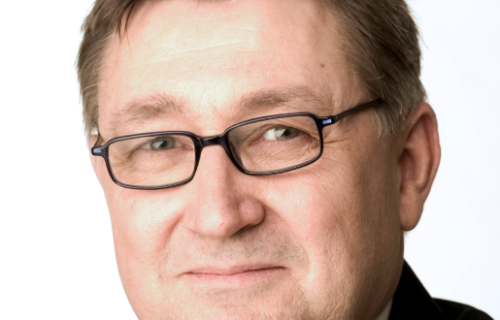 Robert Johnson studied the French horn at the NSW Conservatorium. After holding principal horn positions with the West Australian Symphony Orchestra and Opera Australia Orchestra, appointed Principal Horn with the Sydney Symphony Orchestra in 1986, he retired in 2017. As soloist with the SSO, Robert has performed in works by Mozart, Strauss, Britten and Edwards. In 2005 he was the horn soloist in the SSO’s first performance of Messiaen’s from The Canyons to the Stars. In 2009 he premiered Lightfall with the SSO by Christopher Gordon. Robert has also appeared as guest principal with all the major Australian orchestras, the Australian Chamber Orchestra and New Zealand Symphony Orchestra. He has played chamber music with the Australia Ensemble, Sydney Soloists and the New Sydney Wind Quintet, and has appeared at the Huntington and Townsville chamber music festivals. Robert has worked as Senior Horn Lecturer at the Sydney Conservatorium and Canberra School of Music. He has appeared as Artist in Residence at universities in Brisbane, Hobart, Melbourne, Perth and Hong Kong. In addition to playing the horn, Robert is a countertenor and has conducted Ensembles including the SSO and the Chamber Soloists of Sydney. 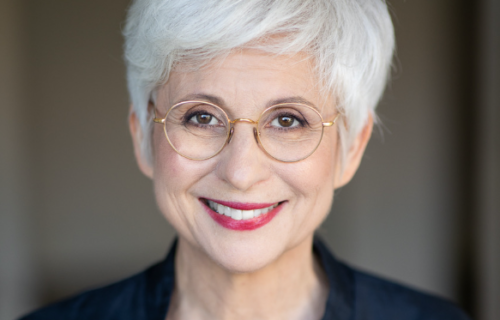 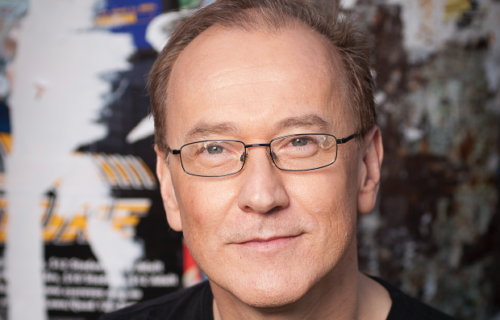 Born in Melbourne and educated at the VCA, Ian was taught the piano by Roy Shepherd, a pupil of Alfred Cortot. While completing his studies in Vienna and London, he won a number of prizes in international competitions (Barcelona, Lisbon, Busoni, Leeds), leading to solo performances across Europe, the USA and Asia, and recordings for the BBC, Hyperion, Naxos, ABC Classics and Tall Poppies. He returned to composing in 2000. My first major work 'Dreams' (2002) was awarded Premier Grand Prix at the Queen Elisabeth Competition in Brussels. Since joining the Australia Ensemble, many of Ian's works have been written for chamber ensembles, and have been performed by a wide variety of soloists and groups, including the Australian Chamber Orchestra, clarinettist Sabine Meyer, l'Orchestre National de Belgique, Brentano, Goldner and Modigliani string quartets and the St Petersburg Symphony. Recent commissions include a flute concerto for the Melbourne and Adelaide Symphony Orchestras and a song cycle for soprano Sara MacLiver. 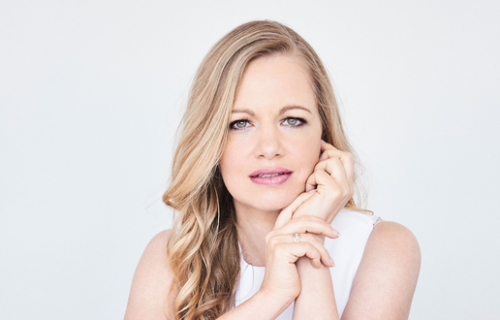 KARIN SCHAUPP’s playing has been hailed by the German press as “so perfect, so complete, that it seems like a miracle”. In her teens she won prestigious international prizes in Italy and Spain, and is today sought after internationally as a recitalist, soloist and festival guest, making countless television and radio appearances. Karin has released six best-selling solo albums for Warner Music and ABC Classic as well as various award-winning ensemble and orchestral albums, including Wayfaring (2018) with cellist Umberto Clerici, the ARIA-award winning Songs of the Latin Skies (2017) with Australian songstress Katie Noonan; and the ARIA nominated Fandango (2011) with Flinders Quartet. Performance highlights include performing as soloist with the London Philharmonic Orchestra, some 150 performances of Lotte’s Gift, performances at a Commonwealth Games Closing Ceremony, Goodwill Games Opening Ceremony, World Expo (Japan) and Hong Kong Arts Festival, and a Musica Viva International Concert Season tour with Pavel Steidl. 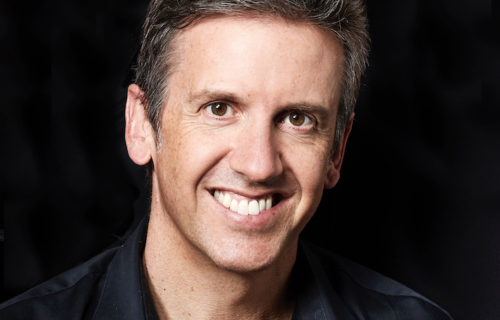 Julian's diverse career combining solo, chamber music and orchestral performance reaches national and international audiences. Active as a soloist, Julian has performed concertos with orchestras and appeared as a recitalist and guest chamber musician throughout Australia. He was the Canberra Symphony Orchestra's Inaugural Artist in Focus in 2018. As cellist of the Goldner String Quartet and the Australia Ensemble at UNSW he has performed to critical acclaim at major venues and festivals throughout the world, made over 30 CDs on leading labels, and premiered many works by Australian and international composers. He is in demand as a teacher and chamber music mentor and holds the position of Senior Lecturer in Cello at the Sydney Conservatorium of Music. 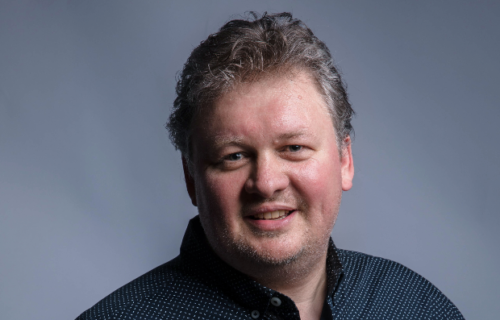 Pianist Liam Viney has collaborated with dozens of composers, ensembles, and symphony orchestras. He is a leading authority on Australian duo piano music, with a focus on the collaborative creation of new works. Liam has commissioned and premiered dozens of new works for piano, two pianos, and chamber ensembles from composers in Australia and the United States with funding from sources such as the Australia Council for the Arts, and the Fromm Foundation, Harvard. As a solo performer Liam has performed with symphony orchestras in concertos ranging from those of Mozart and Beethoven to Prokofiev and Ligeti. In recent years, his work has been nominated for Australian Music Centre/APRA Awards for Excellence. Liam has been featured on eight commercial CDs on labels such as ABC Classics, Tall Poppies, and Naxos. Liam has served on the keyboard faculty of California Institute of the Arts and is currently Professor and Head of School at the School of Music, University of Queensland. 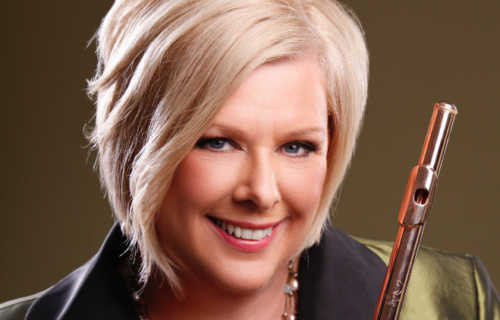 After obtaining an Arts/Music degree, Janet began her musical career as Principal Flute in the Singapore Symphony in 1980. In 1985 she was appointed as Principal Flute in the Sydney Symphony - a position she held until 2017. Throughout her career she has also performed as a soloist and chamber musician - including a double concerto with Sir James Galway. Janet has appeared as guest principal in many orchestras including ACO, AOBO, Queensland, Adelaide, Tasmanian and Canberra Symphony orchestras, Sadlers Wells Ballet. In 2010 Janet was chosen from flautists worldwide as a juror for the International Nicolet Flute Competition held in Beijing. She is regularly a juror for the Australian Flute Competition. Janet is a busy chamber musician, a teacher, and appears as guest Principal Flute in the major orchestras. She is also President of the Roseville Music Club and President of the NSW Flute Society.